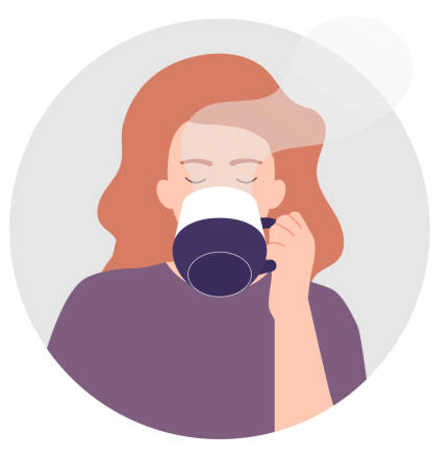 How Much Caffeine is Too Much?

Caffeine, found in beverages such as coffee, tea, soda, and chocolate, is widely consumed by individuals looking for a quick boost in the morning, to remain alert during long days, and even for weight loss! However, caffeine is not a benign substance. The ingestion of caffeine can cause a number of side effects, some of which will be more pronounced in different individuals. As well, caffeine can induce tolerance, dependence, and withdrawal when continuous ingestion is abruptly stopped.

Next, common side effects of caffeine need to be identified. As a stimulant, it is understandable that caffeine may cause anxiety, headaches, heartburn, increased urination, insomnia, a racing heartbeat, loss of appetite, tremors, and an upset stomach. Some of these side effects, including loss of appetite and upset stomach, are exploited by those seeking to use caffeine as a weight loss agent. Caffeine can exacerbate symptoms that are associated with anxiety disorders and heart disease, which means that certain individuals need to take caution when ingesting food products and taking medications that contain caffeine.

It is important to note that children and teenagers should not be ingesting high quantities of caffeine, nor should pregnant or breastfeeding women. These populations are at higher risk of experiencing negative effects from caffeine, such as new-onset anxiety in adolescents and ongoing acid reflux in pregnant women. Health Canada recommends a maximum of 85mg of caffeine daily for 10-12 year olds, and 2.5mg/kg body weight of caffeine daily for 13-18 year olds. The European Food Safety Authority (EFSA) recommends an upper limit of 3mg/kg body weight of caffeine daily for children, and not exceeding 200mg of caffeine on a daily basis during pregnancy and lactation. Both Health Canada and the EFSA recommend that healthy adults do not exceed 400mg of caffeine per day, which is higher than for youth and pregnant/breastfeeding women. It should be noted that research shows that average caffeine intake in children, adolescents and adults is actually lower than recommendations set by both Health Canada and the EFSA, and that caffeine intake levels have remained stable for the last 10-15 years.

It is well-known that caffeine is found in food products, but it is a component of medications as well. The first example includes medications that treat headaches. The role of caffeine in a combination product may enhance the analgesic (pain relief) effects of the other medications that it is combined with, or it may constrict the blood vessels in your brain, reducing blood flow and decreasing pain that is associated with certain headaches. The next example is caffeine in combination cold and cough products. Here, small amounts of caffeine can provide lower levels of stimulation to counteract excess lethargy and malaise that is associated with various ailments, as well as the sedating effects of active ingredients in these products.

Caffeine in moderation is harmless for most people and care should be taken to not exceed daily maximums. If you are sensitive to or taking any medications that may influence the effects of caffeine, you should be checking the nutritional information for foods and product composition of medications that can potentially contain caffeine, or avoiding them whenever possible. Safe caffeine consumption is key to healthy habits that simultaneously minimize the risk of adverse effects and withdrawal.